The Petrotec Group Angola marked its 23rd participation in the Luanda International Fair - FILDA. The event took place between 21 and 26 July, at the FILDA premises, in Luanda

The Petrotec Group was in force in the 2015 edition of FILDA, with the presence of Petrotec, Angoltec and Geoáguas. A strong and assertive participation that assured the Petrotec Group Angola the establishment of dozens of contacts and the strengthening of the Petrotec brand in the Angolan market.

Inside the facilities - Oil, Environment and Energy Pavilion, the stand of the Group presented a portfolio of end-to-end solutions, with the exhibition of fuel dispensers, car wash machines, supply stations management systems, fleet management systems and electronic polling. As for the exterior, Angoltec, Petrotec Technical Assistance and Geoáguas were present with a containerised filling station, a fully equipped service van and a water prospecting and catchment machine, respectively.

This event excelled by the direct contact with local Petrotec customers and by the official visit of the Angolan Oil Minister José Maria Botelho de Vasconcelos, on the Oil Day (24 July).  Special mention for the nomination of the Petrotec stand for the best presence in the Oil, Environment and Energy Pavilion.

Bruno Queiroz, commercial director of the Petrotec Group Angola said, by way of balance, that this was an event that allowed "to be closer and listen to the customers" and "strengthen the presence of Petrotec in Angola”.

"We are the company with the widest range of solutions for the petroleum field in the Angolan market. FILDA is a prime opportunity for us to be with our customers, develop new business and show some of the solutions we have to offer. This year, as in previous editions, our participation was a bet won, which culminated in the nomination for best presence in Oil Pavilion”, he assures.

The 32nd edition of FILDA was held this year under the theme "Dynamism, Creativity and Competence in National Production: A Prerequisite for Diversification and Industrialisation of the Angolan Economy and a Challenge for Entrepreneurial Youth”. 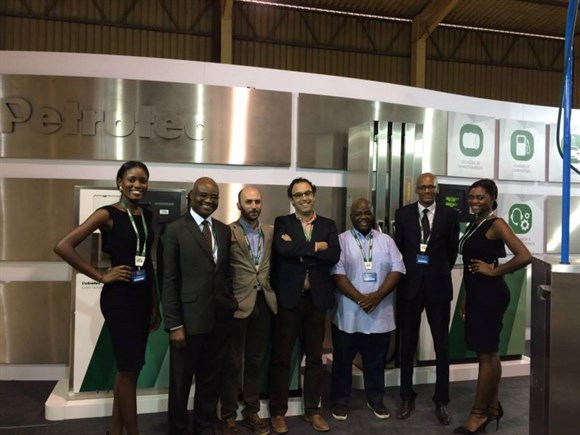