On 24 July, at FILDA 2015, Petrotec Group Angola was privileged to receive in its stand the Angolan Minister of Petroleum, Eng. Botelho de Vasconcelos, who was accompanied by the Director of Sonangol, Dr. Fernando Roberto

This was the high point of the 23rd participation of the Petrotec Group in the Luanda International Fair. The delegation was received by the directors of Petrotec, who had the opportunity to present, once again, the global solutions developed by Petrotec, in Angola.

Throughout the visit, the interest and satisfaction demonstrated by the responsible for the Angolan Ministry of Petroleum about the participation of Petrotec in Angola were obvious. The international Portuguese company has assumed, locally, an important role as local producer, job creator, and human resources training company, having already advanced with export plans, through Angoltec (company of the Petrotec Group Angola).

The Eng. José Miranda, Deputy Director General of Petrotec Group Angola, referred to the importance of this participation in FILDA 2015, as well as the presence of the Minister of Petroleum and the Director of Sonangol:

"While an international company, the Petrotec Group assumes its responsibility of being present and promoting the local market, as well as with its participation in this type of events. We have accomplished what we set ourselves and the good reactions of the Minister of Petroleum, the Eng. Botelho de Vasconcelos, and the Director of Sonangol, Dr. Fernando Roberto, are proof that we are on the right path”, he said. 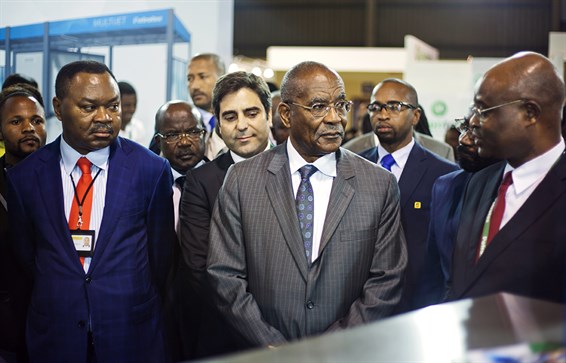