The ASK project was the impetus for the launch of a partnership between the Petrotec Group and The Lisbon MBA. Between September and December 2016, five students of The Lisbon MBA - Abhinav Rajvanshi, Ana Eusébio dos Santos, Cláudia Saraiva, Maria Pais do Amaral and Sofia Mexia - focused their attention on the ASK project.

"The challenge laid down by Petrotec was aimed at developing a Business Plan that allowed the company to turn a platform designed for internal use into a marketable, off-the-shelf product. It was quite a major challenge, and the fact that it involved a B2B activity included in a sector with highly specific characteristics made it even more complex." These are the words of Hugo Rigor, Projects & Process Improvement Responsible and Board Adviser of the Petrotec Group, who is also a former student of The Lisbon MBA.

The project involved the multinational's Engineering, Commercial and Human Resources departments. The partnership culminated with the presentation of the end results to the Group's CEO, Nuno Cabral, at the end of December; he found the results "enlightening," stating that they are already being "included in the development and positioning of the product." Nuno Cabral also revealed that this was probably the first of many projects to be undertaken by the two organizations - "this was only our first interaction, but there are plans to strengthen this relationship through the development of similar initiatives."

Cláudia Saraiva, one of the students involved in the project, was the spokesperson for the entire team and praised the "commitment, cooperation and professionalism" shown by the Petrotec Group throughout the entire process. "The honest feedback provided by all the departments, from the beginning to the end of the project, speaks loudly of Petrotec's transparent and collaborative culture," concluded Cláudia Saraiva.

This is just one of the many initiatives carried out by the most recent Administration of the Petrotec Group, which has been investing in a strategy of proximity and partnership with universities and other higher education institutions. 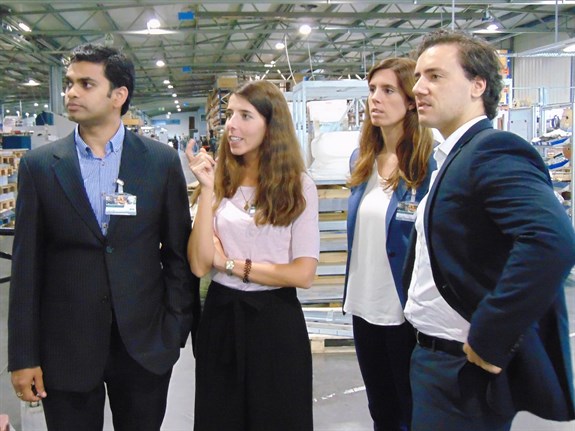